Memorializing on Memorial Day here in the US 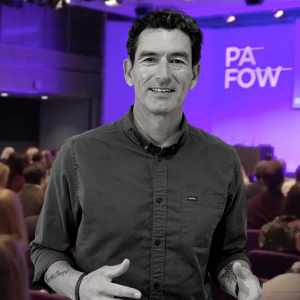 As work and home life meld even further, so do social realities and our personal actions... and inactions. Do we hear the voices of those struggling and calling for help? Are we willing and able to heed those calls? I hope so, certainly, yet I also act. Hope we all will.

The America of my youth was defined in stories of courage, kindness, creativity, connection, and the commitment to learn and improve: helping allies in Europe, the Marshall Plan, the civil rights movement, our adventures in space, our super cool music, sports, barbecues in the park, etc. I also saw a country dealing with and/or healing from Vietnam, Watergate, the Cold War, ongoing racism, oil crises, inflation, and numerous other challenges. In the end, though, this young boy saw a country, however imperfect, that was working to make things right, to make things better, to improve the lives of its citizens and many other peoples around the world.

As I’ve reflected on our country’s history over the years since, I imagine most young men and women had similar impressions of the United States at the time they donned the uniform that bore the American flag. In turn, whether voluntarily or conscripted, they set off to fulfill a self-perceived noble mission, a mission often captured in the phrase, “Fighting for freedom.” What this has meant over our 240+ year history has no doubt shifted, and my purpose here is not to explore the rightness or wrongness of the definition or of military conflict. My purpose here is to empathize with the noble intent of generations of people, most of whom were very young, that sacrificed their lives believing they were doing something good.

On this day, here in 2020, I wonder if we are honoring them enough. I also wonder if we’re honoring enough the millions of mothers, fathers, brothers, sisters, friends and other family members who’ve had to deal with their deaths. Have we? I, for one, believe we have not; and I also believe we can and, in fact, must do A LOT better. Doing so will no doubt require redefining, realigning, and recommitting to a shared vision of what we want this country to be. A good start would be having “WE the People…” include ALL Americans. A good start would include being kind, creative, connected, courageous…

Maybe that kid of the 70’s and 80’s was not so much naive, but clear and pure. Maybe that kid and millions like him, before and since, actually believed, and continue to believe, Abraham Lincoln’s words,

“…that these dead shall not have died in vain—that this nation, under God, shall have a new birth of freedom—and that government of the people, by the people, for the people, shall not perish from the earth.”

On this day I sit with these words to memorialize the lost lives of times recent and times long gone by, and recommit to realizing the hopes for which they believed they were fighting. Hope you’ll join me. After all, if we don’t, what are we all here for? Hope we’re here for each other.